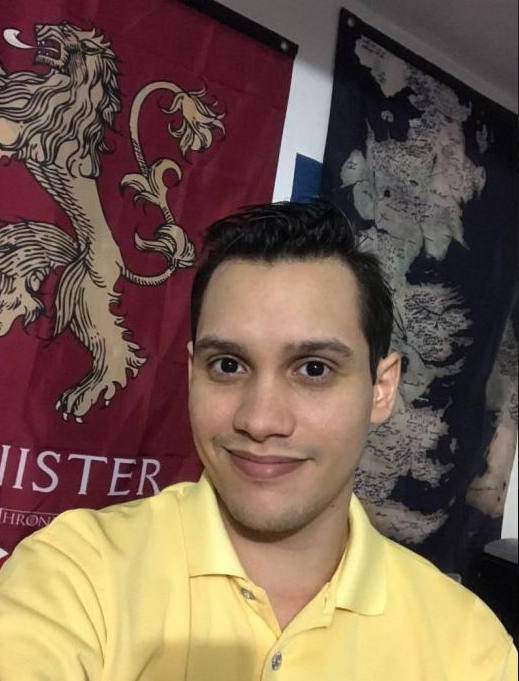 Hello, Miguel. At first could you tell us a few words about yourself?

I consider myself an honest, loyal, responsible, and a prudent person. I’m very passionate and a perfectionist. I don’t hesitate to say what I really think about something. I really like watching series like Money Heist, Chernobyl, Breaking Bad, and of course I’m a huge fan of GOT. I’ve been playing MMOs games all my life. I love horror movies and I enjoy talking about technology, history and news in general.

I know you come from Venezuela - could you tell us a bit about the life in your country and its culture?

Yes, I have lived here my whole life, we have a very rich cultural heritage so I would say that our culture is very diverse because in the past we received many immigration waves from Italy, Germany, Spain, Portugal, and other countries. Venezuelans (usually) are sociable and outgoing, well-educated and with a very particular sense of humor. Venezuela in general is peculiar because even when you see the news about us having the most terrible economic crisis in our history, we never lose our good humor. We like to say that if you want to see something that doesn’t happen anywhere in the world, you just need to visit Venezuela.

How did your testing career start?

My testing career started when I found Test IO and I immediately decided to stay - making mistakes as everyone else but learning from them. The software testing and QA world was something new for me and I really liked it. I do have an IT background, in fact I’m a systems engineer. Over the years I’ve been a web developer, community manager and data analyst.

Could you tell us what TL Miguel will be like? What do you think is the most important part of the TL job?

Reasonable, realistic and patient. I think that the TL must be able to transmit experience and knowledge but also we have to keep in mind that we have to listen and double check everything. The most important part of being a TL is not just having the responsibility to process bugs and lead a team but also the perfect opportunity to teach testers how to do a better job.

What advice would you give to the testers who would like to achieve the same results as you?

Be consistent with your job and always try to look how to improve it, respect the rules, other testers, customers and Test IO team no matter what and remember that sometimes quality is more important than quantity.

Since I started to work with Test IO I liked everything and I felt welcomed to the platform. The community is awesome and I really look forward to working together for many years.

It is well known that testers tend to accept a lot of invitations for testing which can lead to the exhaustion. How did you resist the urge to participate in each test cycle you've got the invitation?

Yes, I agree, some testers accept multiple cycles at the same time and I think it is very hard to handle not just because of the competition and that you want to report a bug first but it is not possible to take care of the quality of the reports while having multiple ones. When I started as tester I didn't feel the urge to accept all the invitations because I knew that I couldn't handle all of them and I was more worried about providing good quality work instead of poor written reports.

If you could pick only one device for testing, which one it would be and why?

I would say iPad. I guess, I feel very comfortable and familiar with it and I've been using it since the first model came out.

Do you think that testers will participate in teleportation tests in 50 years from now and would you join them?

I think so, testers forever and of course I would join but if it is the first test I won't be the first one in line.

Are you potentially addicted to PC games? If so, which one of them is your sin?

Since I had like 3 years old I always use to play PC Games and I was a little bit addicted to "Earthworm Jim" which is my favorite but my real sin are the MMOs, specially Silkroad Online. I played it from 2007 until 2019 and sometimes I play again in private servers when nostalgia strikes me . I also have a long list of online games that I used to play like Gunbound, Aion, Echo of Soul, Rakion, Tibia and much more. Right now I'm only playing one: Genshin Impact.

What is your favourite book and why?

Not just one book, just a few words: A Song of Ice and Fire .

How do you organise your working space?