Quickly learn the difference between good and bad dispute

Written by Zorica Micanovic
Updated over a week ago

"A Bug Dispute is a feature designed to give you an opportunity to submit a request to our Dispute Managers for the final look if you think that your bug is legit or downgraded without reason."

Getting a bug rejection is never easy to digest but our experienced testers know how to deal with it. They know when and how to submit a successful Bug Dispute in order to get their bug report a final review by the Dispute Managers. A Bug Dispute is a feature designed to give you an opportunity to submit a request to our Dispute Managers for the final look if you think that your bug is legit or downgraded without reason. More about the Bug Dispute feature can be found here.

When should you submit a Bug Dispute

To prevent yourself from getting a Dispute block for a month, you need to make sure that you are submitting a Bug Dispute only for the bugs you are 100% sure off. It might sound like we are trying to scare you out, but that is not our goal. We want you to start thinking about the bug you submitted and about the rejection/downgrade reasons provided in the TL's comment.

Ask yourself: "Did I overlook something? Did I upload a console log to support my claim about the bug? Is there a chance that I forgot something to share in the bug report? Did I understand the product correctly?". Once you answer those questions you will have the answer should you submit a Bug Dispute or not.

What does a good Bug Dispute contain

Have you ever thought about filing a complaint in court? It is not that different from submitting a Bug Dispute. Both of them need to contain:

A positive example of the Bug Dispute

Above you saw what is required to make your Bug Dispute successful. Now, let's see what it looks like in the practice. The example below covers a real-world scenario. Sometimes, testers don't need to use all the elements mentioned above to prove that the issue is valid. In the positive example below, you can see that tester used only 4 elements: 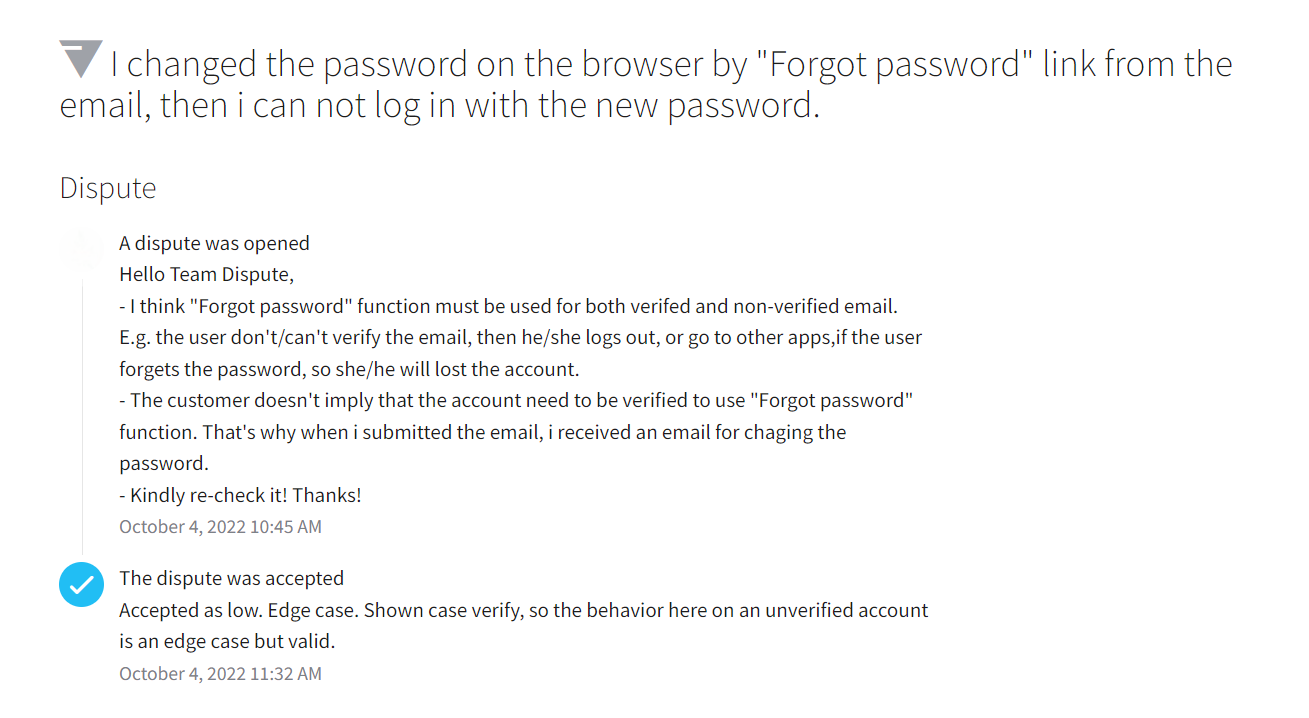 Taking into account that the tester was as short as possible and as detailed as needed, we can conclude that finding the right balance is the key to the success as well. What would also increase the chances of the dispute being successful is providing some additional information which was not included in the initial bug report. For instance, a second screencast or console log is uploaded to Google Drive and shared as a link in the Dispute.

A negative example of the Bug Dispute

Going into a Bug Dispute with anger or harsh words is never a good idea. You can try it, but you will end up with a rejection, warning or even a ban from our platform. So, calculate what are the possible scenarios of being rude, non-professional or violent. Sounds bad, huh?

Some of our testers, on the other hand, don't read or forget our rules which leads to Bug Report rejections and Bug Dispute rejections. In the case shown below, the tester wrote: 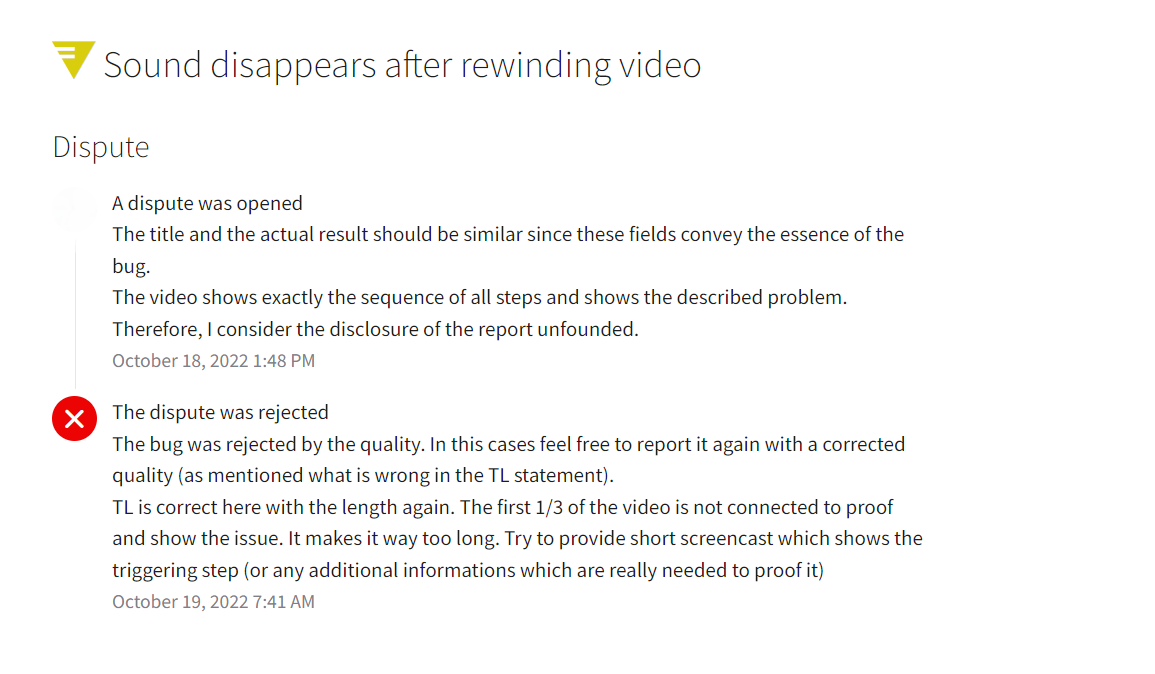 What was missing in the Bug dispute?

More examples of tester mistakes while submitting a Bug Dispute are:

Remember that we see the history of every single bug report. The path of truth and hard work is the only guarantee that we will consider you for possible promotions in the future. If you want to make your career with us, make sure that you are taking the right steps in that direction.