Overview of the results of Testing Cup 2022 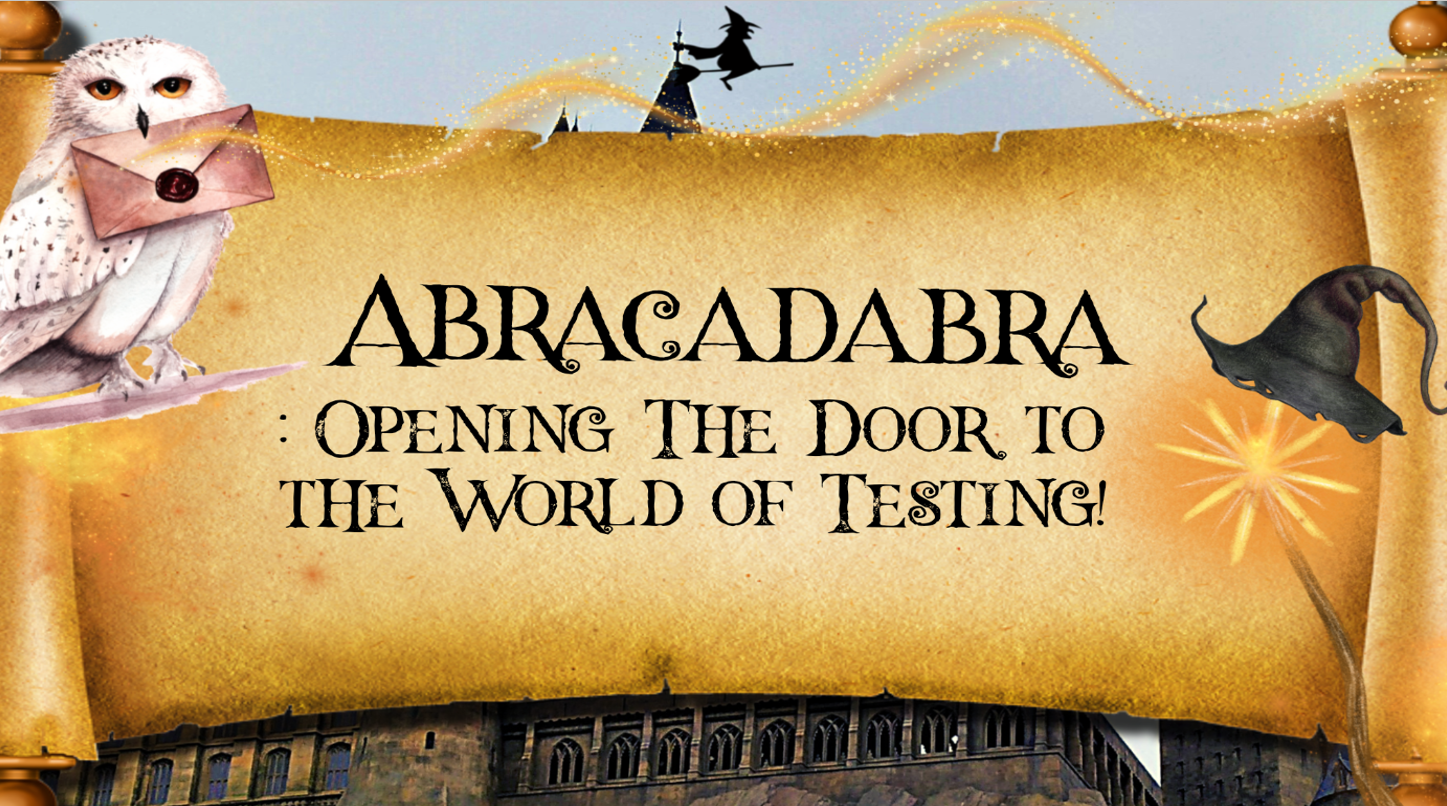 Testing Cup is an annual event in the Community uniting testers from around the world to compete for pride, prestige, and of course, prizes in a series of testing challenges.

This year, Test IO together with WeAreCommunity, held the third Testing Cup. The start of this wonderful event coincided with Tester’s Day, when an online meeting, which was attended by the founders of the competition, judges and participants of previous years, was held.

Testing Cup took place every Friday since September, 9 till October, 6. And testers pushed their testing skills to their limits going on bug hunts through given websites and apps. 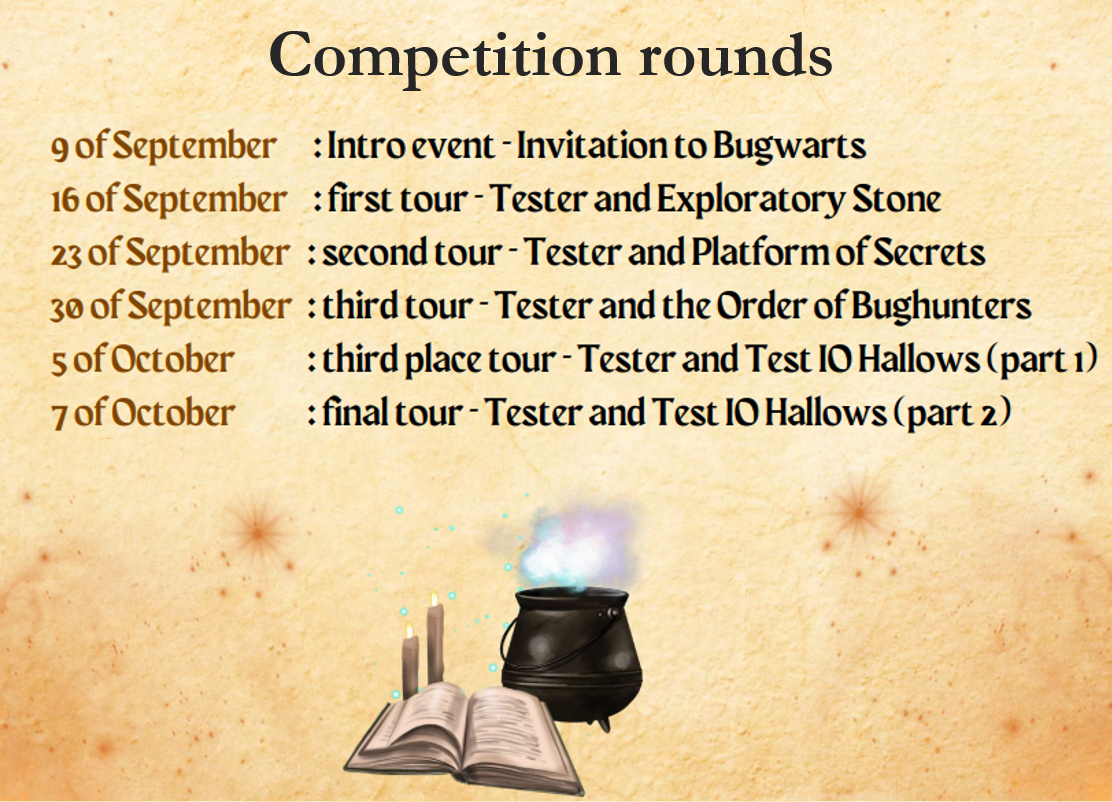 ‘Harry Potter’ was chosen as the theme ot the event. To participate testers had to build a magic team of 5 members (and 2 reserved), all of which must be registered testers at Test IO. This year 17 teams, including 6 teams formed by Epamers, with total 88 participants went on an exciting adventure by accepting an invitation to become students of Bugwarts.

The contest took place in 3 rounds, third place and final tours, where each round last 120-180 minutes. Within that time, the teams tried to find as many quality bugs as they can and report them accurately. The results of the team testing session were evaluated on three criteria - Diversity, Quality, and Value by a pool of experienced judges consisting of Team Leaders. All teams found more than 1000 bugs during the competition!

The winners are The Indwarts Bughunters - a freelance team from India, who showed excellent skills and will to win throughout all rounds. Silver and bronze medals went to Wizards’ Council and Pikachu freelance teams who showed great results. Congratulations! 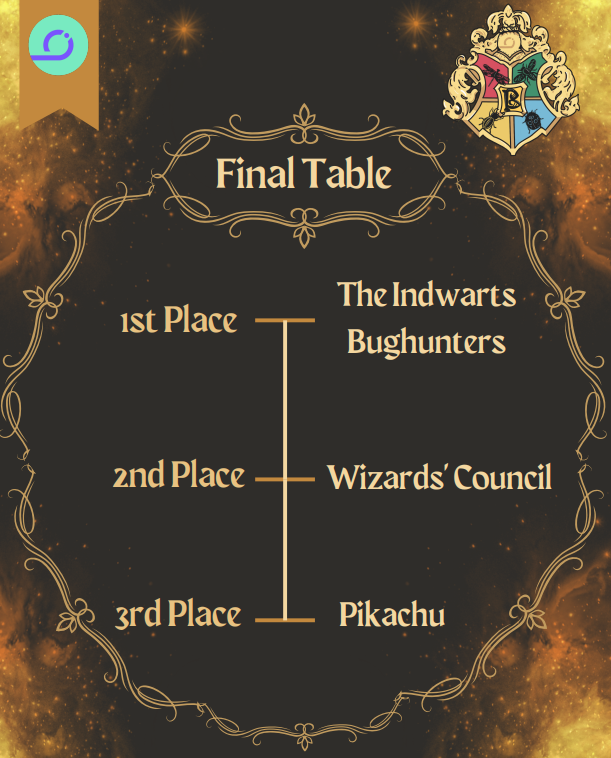 Apart from the Community prestige and recognition, the prizes included device reimbursement and annual VPN subscriptions for the winning teams. The winners received the title 'Ultimate Testing Champions' for the year. 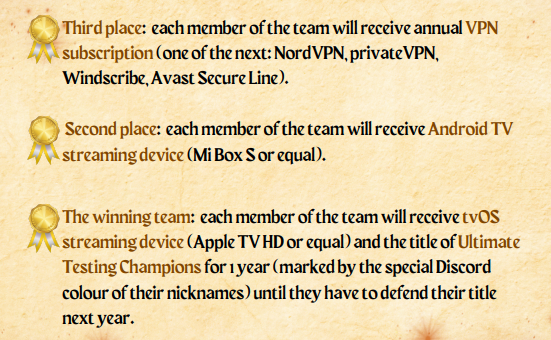 But the most important thing is that during the Testing Cup testers got an unforgettable experience, found friends, learned how to work in a team and raised their magic testing skills to a new level!